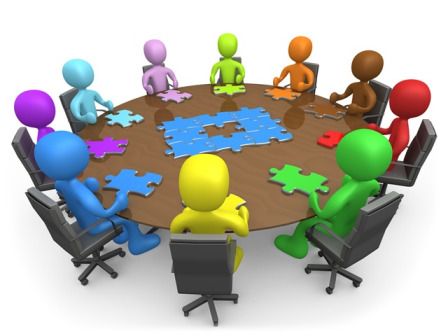 “The bottom line for leaders is that if they do not become conscious of the cultures within which they are embedded, those cultures will manage them. Cultural understanding is desirable for all of us, but is essential to leaders if they are to lead.”  Edgar Schein

The word ‘culture’ tends to be used as if everyone understands what we are talking about. This tendency to oversimplify is risky and can be dangerously misleading and unhelpful.  This article introduces the topics of organisational culture and leadership and aims to shed some light upon their mutual relationship in terms of achieving effective change.

What is organisational culture?

Firstly, let us consider the concept of ‘culture’ in broad terms. When speaking of culture, Hofstede suggests it may be thought of as ‘the collective programming of the mind which distinguishes the members of one group or category of people from another.’[1]

The ‘collective programming of the mind’ results in many cultural groups in the world. For example: whole communities; a peoples (national culture); ethnic groupings; societies; and civilizations.

Recently the concept of organisational DNA has become popular to further help understand the idea of organisational culture.  It is “a metaphor based on the biological term DNA, the molecule that encodes the genetic instructions in living organisms.”[3]

Using this metaphor, the vision, values, and sense of purpose that bind an organisation together is thought of as vital code, vital information that is shared throughout an organization similar to the presence of DNA that exists within all of an organism’s cells. It may be thought of as an organic, inbuilt organising mechanism.

For some, organisational culture is a somewhat abstract, confusing or ‘fluffy’ concept. Nevertheless, this ‘programming’ or ‘coding’ within organisations is very real.

Let us turn our attention to whether any of this matters.

In a recent survey of over 1,400 North American CEOs and CFOs almost all respondents agreed that organisational/corporate culture, however it is defined, makes a difference in companies’ performance and value. Key findings include:

Other studies have produced similar findings. For example, according to James L. Heskett, culture “can account for 20-30% of the differential in corporate performance when compared with ‘culturally unremarkable’ competitors.”[5]

Cultures are also resilient. They reproduce themselves. This matters if one is wanting positive change because the organisation’s DNA will either assist or inhibit such change effort. An organisation will have a real problem if its cultural DNA turns out to be a barrier to change.

Edgar Schein[6], has suggested that culture matters to the extent an organisation is adaptive:

“If culture is like personality or character, then it matters in the sense to what extent is the culture adaptive to both the external and internal realities. If it’s not adaptive, it matters a lot. If it’s adaptive, it doesn’t matter much, people don’t notice it, they just go along their merry way. So culture really only matters when there is a problem. In the same sense that personality only matters when things aren’t working right for you. Otherwise it’s just there. It’s part of you.”[7]

So if an organisation’s culture is ‘healthy’ and adaptive, it will be much less of an issue. In such situations, the organisation will have successfully evolved (or programmed) to adapt and adjust itself as needs demand.

However, if an organisation is rigid in its ways, struggling with some problem/s, struggling to adapt, then culture will matter a lot. It will be like a set of ‘bad’ habits that one is unable to give up or change.

Organisations do not exist in a vacuum. Although an obvious fact, for many years people have underestimated the power of national cultures upon organisations embedded within those cultures. The traits, values, customs and traditions of the wider national and ethnic cultures will be naturally and powerfully injected into an organisation’s culture.

Edgar Schein emphasises the point that ‘macro cultures’ are vitally important when considering organisational culture.  He says it is essential to understand “how organisations are nested in larger cultural units.” He suggests that one really needs to “look at the DNA that’s embedded in the country value systems and country assumptions about how things should be”.[8]

So can organisational cultures be changed? In short, yes, but it is neither a simple, nor short-term process.

‘The change formula’ (see diagram below) is useful for assessing whether there are sufficient ‘drivers’ (impetus) for change and whether those drivers will be enough to overcome the ‘restrainers’ or the natural resistance to change. The framework also helps plan for change.

Answering those questions will enable one to articulate a vision or focus for change. A vision for a positive future that members of the organisation will prefer is needed. Appreciative Inquiry (AI) is a powerful and constructive methodology in this regard as it helps to identify positive strengths within an organisation whilst shaping a desired future.

This will, in turn, enable the planning of first steps (the actual strategy/program/actions) that will move the organisation towards its vision.

This approach is designed to shape organisational interventions that are intended to effectively adjust/change an organisation’s culture.

However, and this is an important qualifying point, the combined effect of the drivers/impetus for change needs to be greater than the resistance to change.

It is vital to give attention to understanding the possible reasons why resistance might be at play. One needs to consider how resistance may or may not be exhibited by staff and leadership within an organisation and to also understand what self and vested interest may be served by that resistance.

In the end, the amount of change achieved will the governed by the extent to which the combination of the ‘drivers’ is greater than the sum of the ‘restraining’ forces.

‘Top leadership casts a long shadow in this space’

‘The tone is set from the top’

‘A fish starts to rot from the head’

These are some of the comments that the author has collected from within Australian organisations. They are examples of the everyday wisdom about who has most impact on an organisation’s culture.

Staff within organisations know from their lived experience, from their profound and legitimate inner knowledge, that in terms of organisational culture, those with most formal authority (formal power) have the most impact upon an organisation’s culture. That in turn impacts the potential and/or capacity for a culture to change.

Schein emphasises that the ‘CEO must own the culture’. And that you ‘cannot change culture in the middle’. He says it is a mistake to think that staff, or the HR department, or middle management, or well-meaning organisational development consultants will have the capacity to change culture if genuine desire, sponsorship and ownership is not located at the top.[9]

So, organisations wishing to achieve culture change must either have:

There are strong links between culture and organisational performance and cultures really do matter when they get in the way of adaption and improvement.

For cultures to change there must be an organisational problem that needs to be addressed. Understanding the problem and associated needs is vital in order to develop a focused vision for the desired culture. A clear vision helps develop strategies and programs for change.

Care needs to be taken in understanding potential sources of resistance. Any current situation (however problematic) ‘serves’ someone, so resistance and passive opposition is not uncommon and needs to be managed.

Finally, leadership is essential. If top leaders are not willing nor able to change, organisations need to look at recruiting a new CEO and perhaps other senior managers who will ‘fit’ and help evolve the culture that is required.

[6] Edgar Schein is a former professor at the MIT Sloan School of Management and who is a leading thinker, researcher and writer on organisational culture 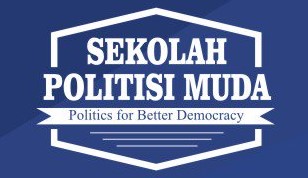